Grable was celebrated for having the most beautiful legs in Hollywood and studio publicity widely dispersed photos featuring them. Her iconic bathing suit poster made her the number-one pin-up girl of the World War II era. It was later included in the Life magazine project "100 Photos that Changed the World". Hosiery specialists of the era often noted the ideal proportions of her legs as thigh 47cm (18.5"), calf 30.5cm (12"), and ankle 19cm (7.5"). Grable's legs were famously insured by her studio for $1,000,000 with Lloyds of London.

Grable appeared in several smash-hit musical films in the 1940s, most notable: Mother Wore Tights in 1947, with frequent co-star Dan Dailey. She came to prominence in 1939 when she signed with Twentieth Century-Fox and signed on to appear opposite Ethel Merman in the Broadway musical Du Barry Was a Lady. But it was not until she was called back to Hollywood to replace Fox's musical queen, Alice Faye, in Down Argentine Way, that she became a household name. Throughout her career, Grable was typecast in her stereotype-musical film roles, and when her career faltered in the 1950s, she found it hard to reinvent herself as a serious, trained actress. In 1958 she appeared as herself on The Lucy-Desi Comedy Hour with then husband Harry James in an episode entitled "Lucy Wins A Racehorse".

She was known by several nicknames during her heyday in the '40s, including "the girl with the million dollar legs," "the quick-silver blonde," "the queen of the Hollywood musical," and "the darling of the forties." Grable died in 1973 at age 56 of lung cancer. 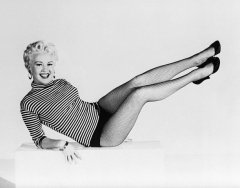 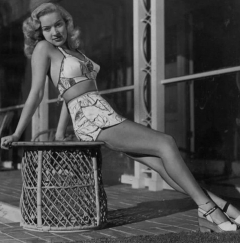 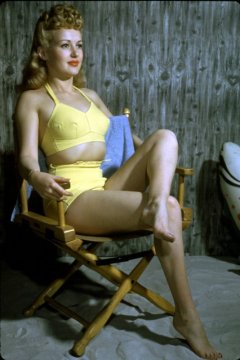 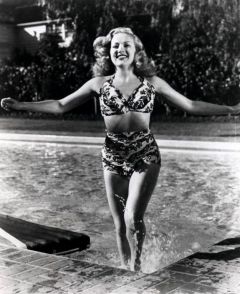