Please select blog entries related to photo-shoots from the pick-lists on the left-side menu. These blog posts contain pictures, together with explanatory text, that attempts to describe what  the various shoots were all about. This is the best way to explore the site because it actually explains the rationale behind each shoot.

Alternatively, if you just want to look at the pictures then please select what you want to see from the list below, or from the “Gallery” top menu. This is a quick way to browse through what’s on the site. The gallery route also gives you access to a separate collection of images that have influenced the work we do here at waist.it, that some readers might find interesting. Each gallery entry gives you the option of a slide-show. There are over 35 000 pictures on this site, so please, sit back and enjoy. 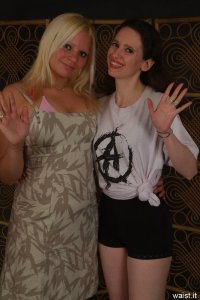 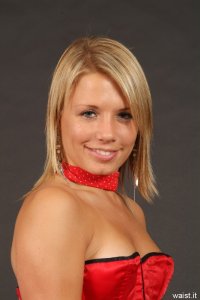 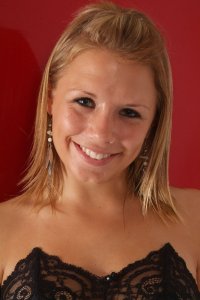 They each take turns to work on each other's body - to stretch their muscles , improve their posture and flatten their tummies. 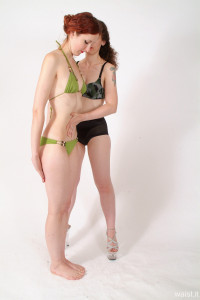 Chiara and Synthetic Cookie in their first retro girdles and corsets shoot - much of it shot outdoors.

Chiara also made Synthetic Cookie do her first ever tummy vacuum. Chiara has always said that that even very slim girls should tuck in their tummies. It certainly had a dramatic effect on the Cookie's figure. So Chiara got Synthetic Cookie to do some on her too. Watching Chiara do her tummy exercises is always fun to watch. And this was a particularly good session. :-) 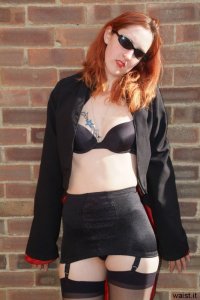 Synthetic Cookie solo shoot, modelling retro swimwear, bras girdles and corsets - as well as some amazing outfits of her own. 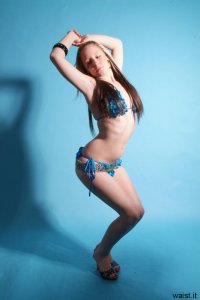 Jade shows off her dance moves whilst modelling Hong Kong dancewear and her own one-piece swimsuit. 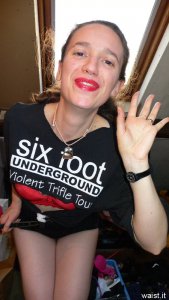 First of three shoots from September 2006, where we follow Chiara around as she goes about her various chores. Dubbed "t-shirt and girdle" shoots, Chiara wears a tight, figure-forming pantie-girdle as a pair of figure-hugging hot pants. 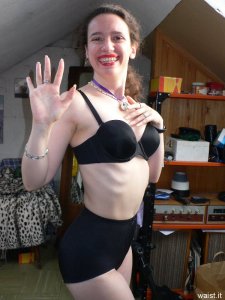 Second of three shoots from September 2006, where we follow Chiara around as she goes about her various chores. Dubbed "t-shirt and girdle" shoots, Chiara wears a tight, figure-forming pantie-girdle as a pair of bum-hugging hot pants. Last of three shoots from September 2006, where I follow Chiara around as she goes about her various chores. Dubbed \"t-shirt and girdle\" shoots, Chiara wears a tight, figure-forming pantie-girdle as a pair of bum-hugging hot pants. 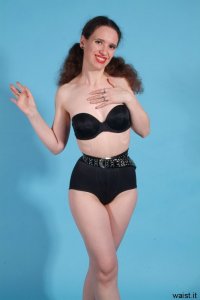 Chiara and Synthetic Cookie in a bra-and-girdle fitness shoot, followed by some serious corseting fun.

The girls spend an afternoon in the studio working on their postures. Synthetic Cookie is very tall and slim but she tends to let her belly hang out. Chiara wanted to work on this with her, to prove that even very skinny girls need to tuck in their tummies, if they want that classic vintage look.

They then move on to tight-lacing each other into expensive steel boned corsets. Which makes their tummies disappear anyway! They start with a variety of exercises to shape heather's figure and improve her posture. Jade, with a perfectly flat belly constantly reminds Heather to stretch up tall and to pull her tummy in. I don't think Heather has experienced anything quite like it.

Then they move on to the corsets. Jade tight-laces Heather into a steel boned Vollers. Heather finds it a bit tight, but lovesthe effect it has on her figure.

Heather then wreaks her revenge on a tired but un-corseted Jade. Jade has been tucking in all day and her tummy muscles are rather tired. So with wither own figure under perfect control of the corset, Heather starts patting and squeezing Jades tiny but slightly protruding belly, instructing her to "tuck it in"! :-) All good fun! :-)

[return to top of gallery]