Virginia Mayo, November 30, 1920-11-30 ~ 2005-01-17 was an American film actress. Born Virginia Clara Jones, in St. Louis, Missouri to Luke and Martha Henrietta (née Rautenstrauch) Jones, tutored by a series of dancing instructors engaged by her aunt, she appeared in the St. Louis Municipal Opera chorus and then appeared with six other girls at an act at the Jefferson Hotel, where she was recruited by vaudeville performer Andy Mayo to appear in his act (as ringmaster for two men in a horse suit), taking his surname as her stage name. She appeared in vaudeville for three years in the act, appearing with Eddie Cantor on Broadway in 1941's Banjo Eyes.

She began her career in vaudeville. She progressed to films and during the 1940s established herself as a supporting player in such films as The Best Years of Our Lives (1946) and White Heat (1949). Mayo continued her career as a dancer, then signed a contract with Samuel Goldwyn and appeared in several of Goldwyn's movies. With Danny Kaye she played the dream-girl heroine in comedies including Wonder Man (1945), The Kid from Brooklyn (1946) and The Secret Life of Walter Mitty (1947).

At the height of her career, Mayo was seen as the quintessential voluptuous Hollywood beauty. It was said that she "looked like a pinup painting come to life," and she played just such a role in the 1949 film comedy, The Girl from Jones Beach. According to widely published reports from the late 1940s, the Sultan of Morocco declared her beauty to be proof of the existence of God. In 1949's White Heat she took on the unsympathetic role of the cold and treacherous "Verna Jarrett", opposite James Cagney. She was also cast against type as a shallow golddigger in The Best Years of Our Lives. Her career continued strong through the 50s, frequently in B-movie westerns and adventure films.

By the start of the 60s, the pace of her work slowed, but she continued occasional film appearances in the following decades, her last role being in The Man Next Door (1997). While she also appeared in musicals, Mayo's singing voice was always dubbed. Mayo and her husband, actor Michael O'Shea co-starred in such stage productions as Tunnel of Love, Fiorello, and George Washington Slept Here. She appeared in her own right as well in stage and musical theater productions. Mayo has a star on the Hollywood Walk of Fame at 1751 Vine. In 1996 she received a star on the St. Louis Walk of Fame.

Mayo wed Michael O'Shea in 1947, and remained married to him until he died in 1973. They had one child, Mary Catherine O'Shea (born 1953). The family lived for several decades in Thousand Oaks, California. She converted to Roman Catholicism by way of Archbishop Fulton J. Sheen. A lifelong Republican, she endorsed Richard Nixon in 1968 and 1972 and longtime friend Ronald Reagan in 1980. Mayo died of congestive heart failure in Los Angeles, aged 84. 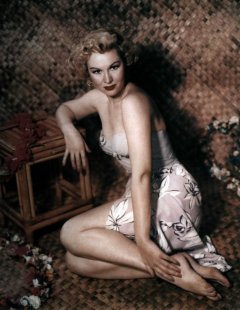 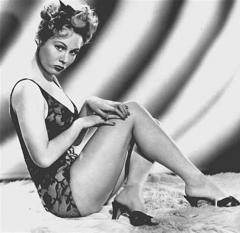 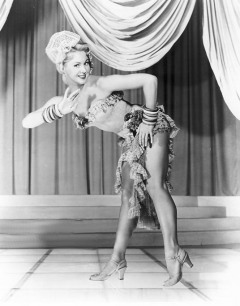